One of the most anticipated movies of the year was released via a streaming service instead of in theaters. Making it a Premier Access option on Disney Plus instantly created headlines for “Mulan,” a live-action retelling of the original animated classic.

The 2020 version’s presence sparked other conversations, including the inevitable comparisons with the 1998 action adventure musical.

The two films are based on a much loved Chinese Legend. They tell the story of Hua Mulan, a girl who pretends to be a man to take her father’s place in the Imperial Army. In making this transformation, she finds her true self, her voice, her fight, and her ability to change the world.

Though both “Mulans” focus on the same themes, they couldn’t be more different. One example: the recent re-imagining features an all-Asian cast. Here are nine more key differences (warning for spoilers).

“Mulan” plays with very serious themes and deals in major life-and-death stakes. Yet the overall tone of the original version is largely comedic, often wistful due to the various musical interludes.

There are many zany moments, especially with the introduction of Mulan’s (Ming-Na Wen) fellow soldiers and the talking dragon known as Mushu (Eddie Murphy). The little guy’s there to help protect her and impress the ancestors at the same time, of course. With Murphy on board voicing the dragon, humor is an essential element.

The new take is decidedly darker, more violent, less comedic and the drama is heightened. This results in two varying audiences for these films. The original received a G rating for General audiences. It’s a family-friendly flick all ages can enjoy. The 2020 version earned a PG-13 rating, so some parental guidance is strongly suggested with kids under 13 years of age.

The musical aspect of the animated “Mulan” helped make it memorable. Great songs like “Reflection,” “Honor to Us All,” and “A Girl Worth Fighting For” brought messages like love of family, self-realization, truth, honor, loyalty and self-worth to life. The music was up for Best Original Musical or Comedy Score at the 71st Academy Awards.

The latest incarnation isn’t a movie musical whatsoever, so don’t look for Yifei Liu (aka the new Mulan) to belt out anything at the top of her lungs. Instead there are cinematic shout outs to the songs in the characters’ dialogue.

Plus, “Reflection” is on the soundtrack twice. Christina Aguilera updates her classic 1998 powerhouse version, which sits alongside Liu’s Mandarin Chinese take on the same song. And an instrumental excerpt plays during a key moment of the film.

Hoping to see a nice CGI-style dragon in the midst of this battle-heavy environment? According to an article in USA Today, Director Niko Caro wanted to commit to the realism of Mulan’s journey. Where there’s no Mushu, there’s no Eddie Murphy. But it doesn’t mean the spirit of the dragon is gone. Caro did say they were very inspired by him in terms of the comedic moments.

Mushu’s absence means Mulan has to rely on herself to survive the challenges and obstacles she faces. The way her Imperial cohorts are thrown into the war is different, too.

The Chi of it All

The animated Mulan was magical for digging deep within herself to find the strength to go against what was expected of her. She created a new persona in order to protect her family and prevent her ailing father from being drafted into military service. She rose to the challenge of what being a member of the Imperial Army required and she defeated the massive threat to the Emperor of China. She’s a powerful force, but she doesn’t have powers.

The live-action Mulan is actually magical. She was born with an energy called the Power of Chi. As a kid she was able to perform death-defying acts of greatness. She’s able to tap into the force when she grows older. As they say in the superhero biz, with great power comes great responsibility. The sudden soldier has trouble harnessing this energy as she handles foes from every side. Even with the struggles, the Chi makes her a formidable ally. So do her superior martial arts skills.

Twenty years ago, when “Mulan” originally hit theaters, there were criticisms over the movie’s historical inaccuracies. A 21st century landscape gave the-powers-that-be a chance to play fixer. Gone are the Huns and its vicious leader Shan Yu. Sticklers pointed out how the Huns never invaded China. Enter Böri Khan (Jason Scott Lee) and his Rouran contingent. Both the Huns and the Rouran seek to terrorize China but for differing motivations.

The sudden appearance of a rival is one of the best ways the contemporary tale sets itself apart. Xianniang (Li Gong) does Böri Khan’s bidding, which automatically makes her an enemy. But her situation is complicated. There is more to her than meets the eye.

This brand new character is as powerful as Mulan. She matches her move for move. She challenges her to up her game. The two share a fascinating dynamic that adds an extra dose of girl power into the mix.

Böri Khan and Xianniang aren’t the only additions to the canvas. Captain Li Shang (BD Wong), the animated love interest from 1998’s big screen blockbuster, is completely absent from the nonmusical remake. Instead his role is split between two brand new characters. Mulan sparks a little connection with fellow soldier Honghui (Yoson An) and the authority figure in her life in the Imperial Army, Commander Tung (Donnie Yen).

The retelling features several differences when it comes to Mulan’s family. Her last name is “Hua” whereas in the animated film, it’s “Fa.” There’s no grandmother (June Foray) in 2020 either. Perhaps the biggest tweak is Mulan having a sibling instead of being an only child like she was in the 1998 version (well, she did have a pet dog named Little Brother).The reasons for these deviations may lie in the fact this live-action “Mulan” adheres a bit more closely to the ancient Chinese ballad it’s based on than the classic cartoon did. 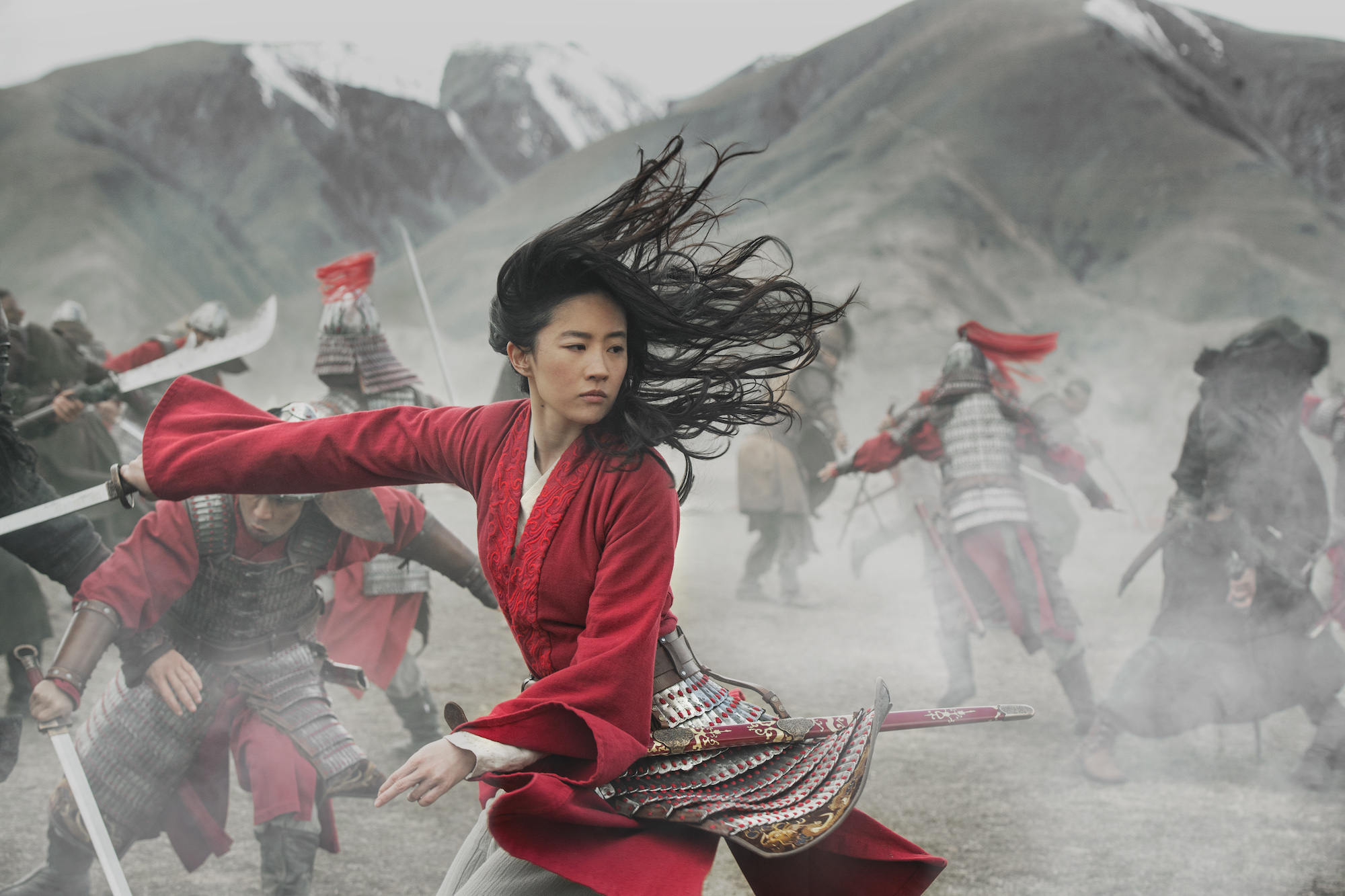 Without spilling too much tea, everybody knows there’s a big moment when Mulan’s true identity is discovered. Not surprisingly, they play out very differently in both films. The one aspect garnering the most conversation, however, is one iconic scene from the original which doesn’t exist in the current movie.

Before heading off to join the Imperial Army in place of her father, the animated heroine cuts her hair off in order for her to pass as a man without any issue. When live-action Mulan’s cover is blown, the dramatic reveal features the soldier complete with long locks — apparently, this move keeps things more in line with Eastern tradition.

While both “Mulans” differ greatly, on the flip side, they share many similarities. At the heart of each film, they share the same essence, the same energy, the same pride in history, and the same beautifully brave and badass female. Chi or no Chi. 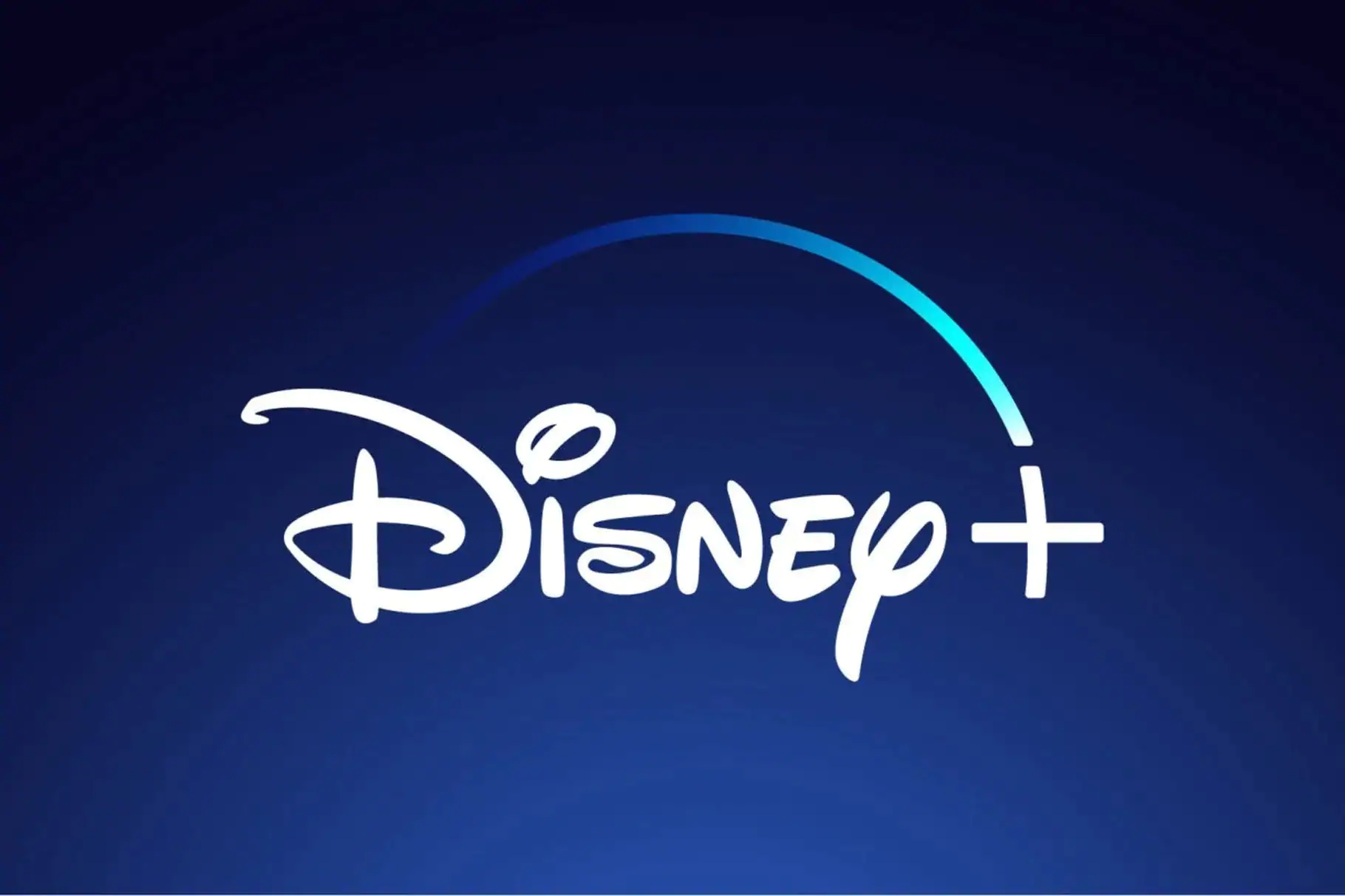 How to Watch the Movies: You can stream the original animated “Mulan” now on Disney+, and on Dec. 4, 2020, the live-action movie will also be available to all Disney+ subscribers.