Now that HBO Max is once again streaming the film version of “In the Heights,” Lin-Manuel Miranda’s Tony-winning Broadway musical, we can all be dancing in the streets. Masterfully balancing modern-day realism with golden-age charm, this joyful screen adaptation fully captures the spirit of the original stage production—and might even make it better.

This is no small feat. The play-to-the-back-of-the-house energy that characterizes most stage musicals isn’t easy to translate onto the screen.

“In the Heights” makes the most of the possibilities of film, accentuating the difference between the authentic and the fantastic, the gritty and the glamorous. Take the opening number. A Dominican-American New Yorker named Usnavi (Anthony Ramos) welcomes us to his corner of the world, a rundown bodega on the corner of a sweltering Washington Heights street, as his neighbors wake up to hustle and bustle their way through another day. By the end of the song, the camera is winding its way through a street full of dancers, busting their impeccably choreographed moves in front of the George Washington Bridge. 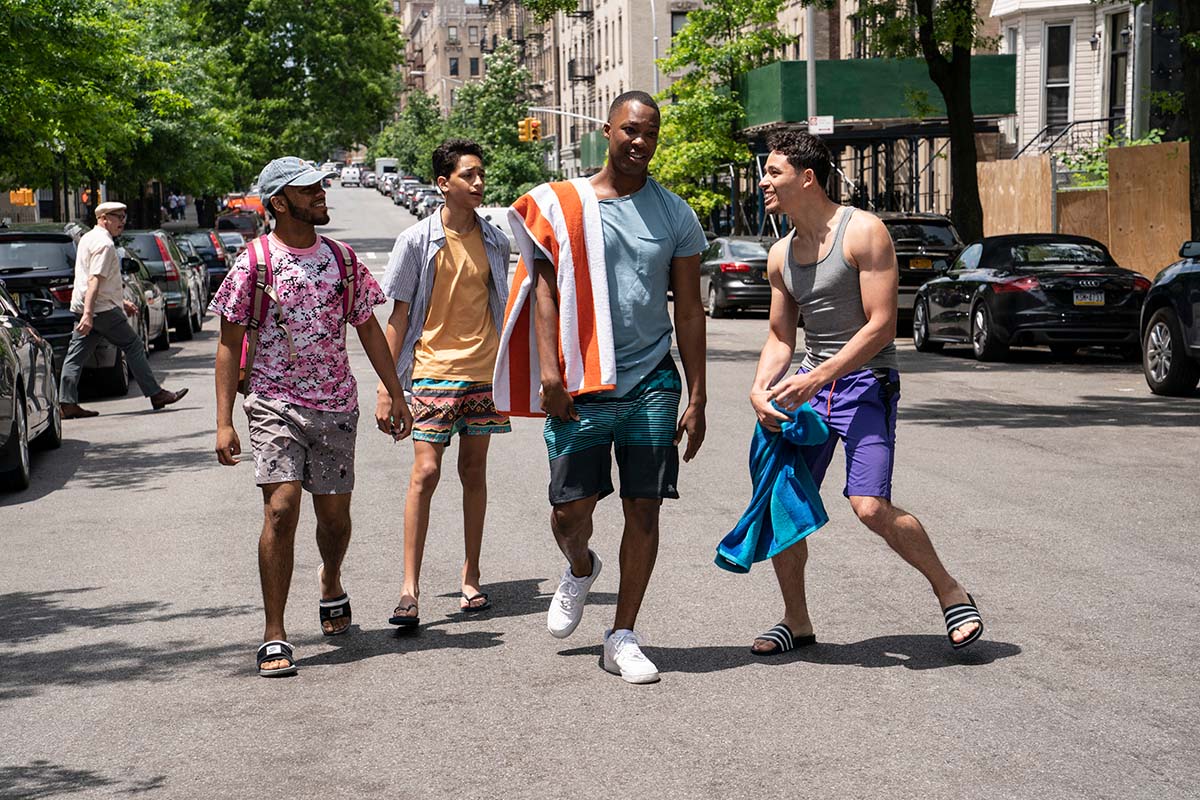 In this number and throughout, “In the Heights” isn’t afraid to be larger than life. There’s even a whimsical, Fred Astaire–inspired number toward the end that has two characters waltzing vertically up the side of an apartment building. By embracing and even heightening the theatricality of the source material, the movie manages to keep the stage show’s infectious energy intact even without the spontaneity of live performance.

The movie does all this without denying the basic reality of life, you know, in the Heights. Usnavi’s (primarily Latinx) neighbors shuffle down the stairs from their third- and fourth-floor walk-ups. The dancers do their thing flanked by rusty fire escapes and Mr. Softee trucks. The bodega, like so many family-run corner stores in the Big Apple, is tagged with graffiti, its windows discolored by decades’ worth of city grime. This is not some sterile, Disneyfied version of New York, but the real thing—cramped and kind of dirty and unbearably hot under the summer sun. It’s the film’s ability to look past the daily urban drudgery to find the chaotic color beneath that makes it so remarkable. “In the Heights” doesn’t manufacture magic. It simply captures the magic that’s already present in its characters’ lives. 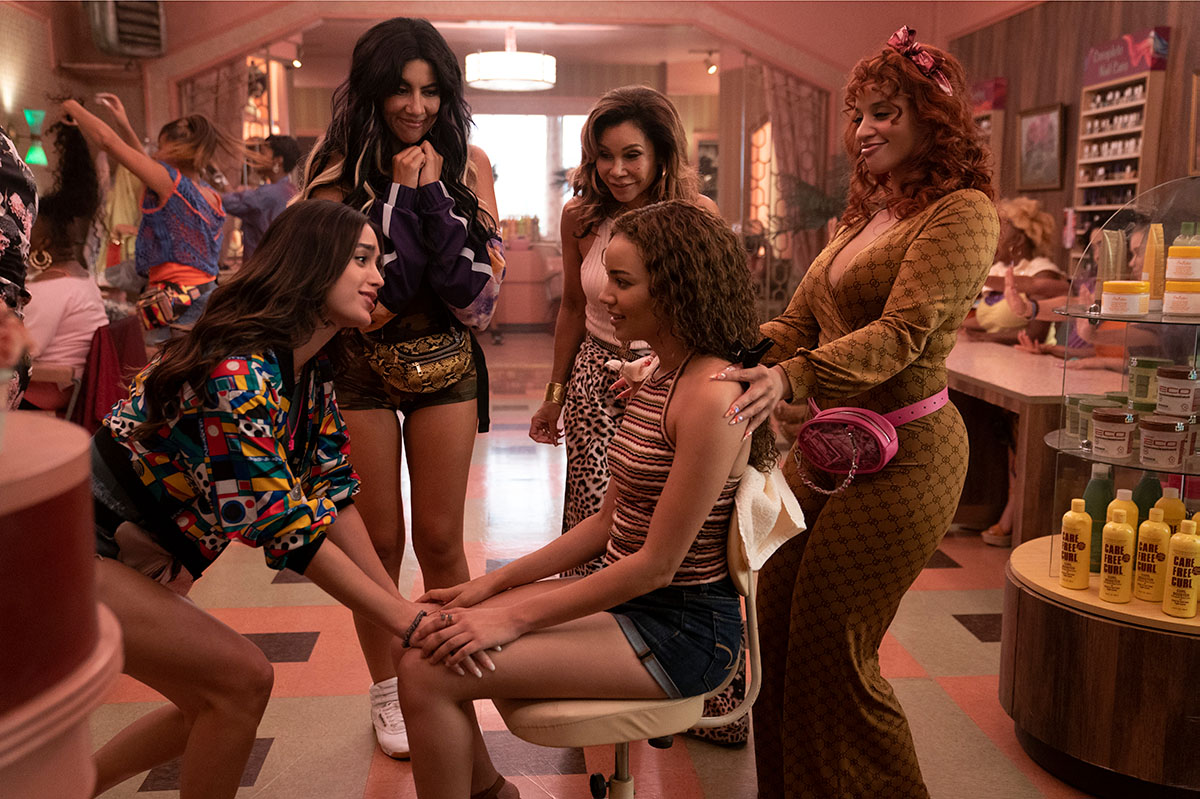 Shot on location in Washington Heights, the movie also becomes a richly textured love letter to the cultures and traditions of an entire community, from the music to the food to the real-life residents of the neighborhood. “Washington Heights wasn’t just a cast member—it was a crew member, it was a co-writer, it was all those things,” director Jon M. Chu recently recalled in an interview with Vox. “I couldn’t tell the difference between our background [actors] and the real neighborhood. Sometimes, there was no difference.”

But the film version of “In the Heights” is more than a cultural artifact. It’s a key that opens the gates that have for so long excluded Black and brown artists from the art form of mainstream musical theater. In one of the movie’s most unforgettable numbers, an afternoon at the public pool turns into an extravagant synchronized swimming routine, reminiscent of an old Busby Berkeley number infused with Latin influence and New York street moves choreographed by Christopher Scott. More than a throwback to the Golden Age of movie musicals, it’s an evolution. 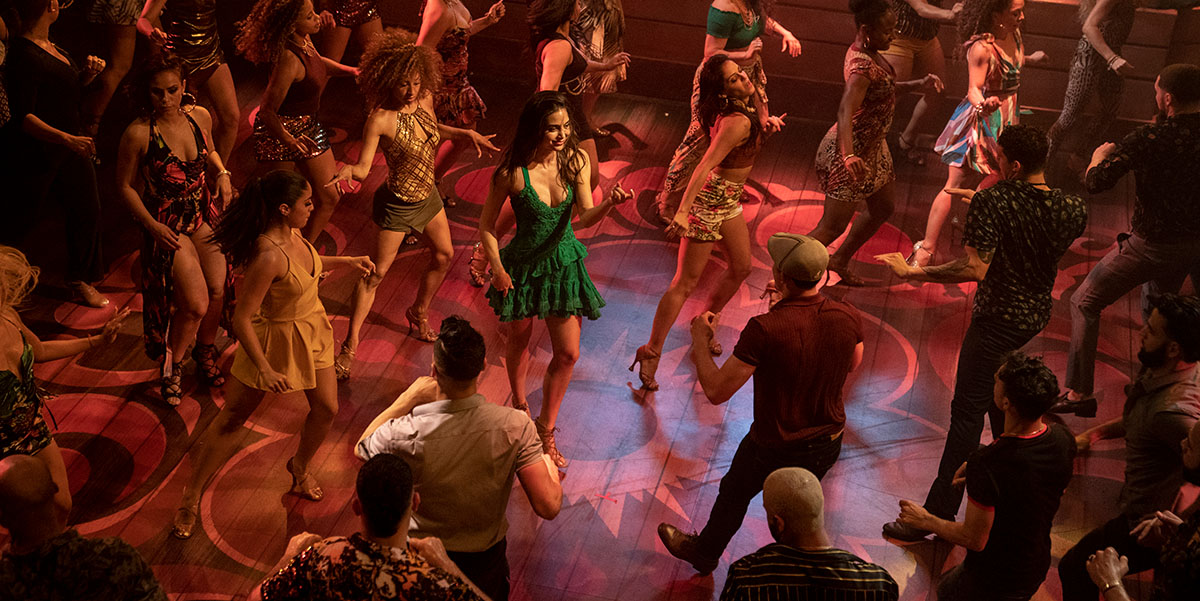 Much of this cultural blending is, of course, present in the stage version of “In the Heights.” But bringing it to the screen has allowed its impact to reach an exponentially wider audience, including, for the first time, some of the very people whose stories it’s attempting to tell. Book writer Quiara Alegría Hudes sums it up in the Vox interview, sharing this heart-warming anecdote about one of the movie’s joyous ensemble scenes: “The day we shot the ‘Carnaval’ number, there was so much pressure… because we’re looking at all the flags [from various Latin countries]. And we’re like, ‘Do we have every flag?’ Because when you’re seeing it on the big screen, people want to see their flags. We can’t miss one or two…. Afterwards, I hear people from screenings say, ‘I saw my flag, I saw my flag, I saw my flag!’”

“In the Heights” doesn’t just reflect this community’s experiences. It honors them. It elevates them. And this is worth singing about.

Program availability may have changed and is subject to change.

Justin Pot is a freelance tech journalist who writes tutorials and essays that inform and/or ent...