Image: All images courtesy of Netflix.

Get Ready for “Lost in Space” Season 3

Hollywood’s favorite intergalactic family, the Robinsons, their shape-shifting robot and Debbie the Chicken are returning for the third and final season of “Lost in Space.”

The streaming series, which first aired in 2018, stars Molly Parker as Maureen, Toby Stephens as John, Mina Sundwall as Penny, Maxwell Jenkins as Will, Taylor Russell as Judy, Ignacio Serricchio as Don West and a scene-stealing Parker Posey as June Harris (aka “Dr. Smith”).

It’s a popular, more militaristic re-imagination of the original, campy sci-fi series of the same name, which aired on CBS from 1965 to 1968. Both the original and reboot were inspired by the 1812 novel “Swiss Family Robinson” and a comic book published 50 years later called “Space Family Robinson,” which shifted the plot of a family being shipwrecked on a deserted tropical island to outer space.

Where can I view “Lost in Space,” and when did Season 3 premiere?

Netflix began streaming the last 10 episodes of the reboot, Season 3, on December 1. The series’ first 20 episodes, Seasons 1 and 2, also are available on Netflix.

For those curious about the original series from the ’60s, it’s available to stream on Hulu. The 1998 movie based on the series, starring William Hurt and Matt LeBlanc, is also available on Hulu.

For avid streamers, reliable internet is especially important—and nothing beats speedy fiber optic service, with plenty of bandwidth for all the streamers in your home.

What is the backstory of the “Lost in Space” reboot?

However, the trip doesn’t go according to script. The Resolute, which is the space station the colonists are aboard, is attacked by an alien robot and thrown off course. 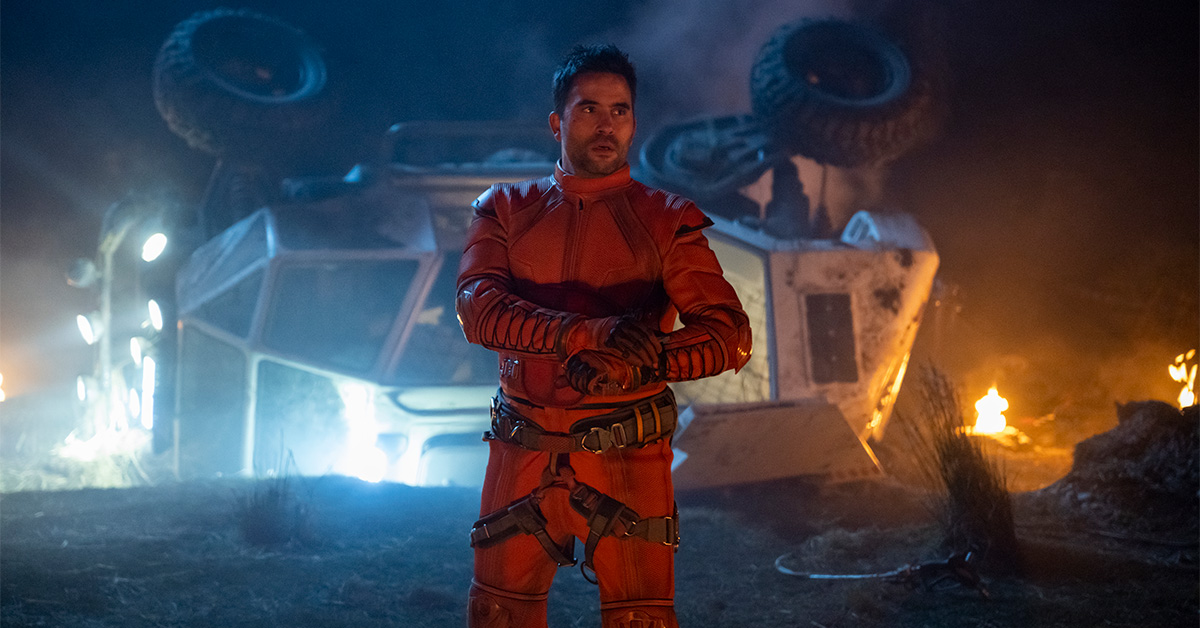 Forced to evacuate, the Robinsons take off in their Jupiter 2 spacecraft and crash land on a habitable planet, while other colonists escape separately. With the Robinsons are Don West, a quirky mechanic and smuggler of goods who travels with a lucky chicken named Debbie, and June Harris, a shady stowaway.

Harris steals the credentials of a man named Dr. Zachary Smith after he’s killed during the alien robot attack and passes herself off as Dr. Zoe Smith throughout parts of both seasons. In a tribute to the original series, actor Billy Mumy, who played Will in the 1960s series, played Dr. Zachary Smith in the reboot’s opening episode.

What happened in Season 1?

Much of the first season involves the Robinsons fighting off the weather and other unforgiving conditions on the planet where they’ve crash landed. They also reconnect with the other colonists, and Will helps the alien robot when it’s injured, then develops a special friendship with it. 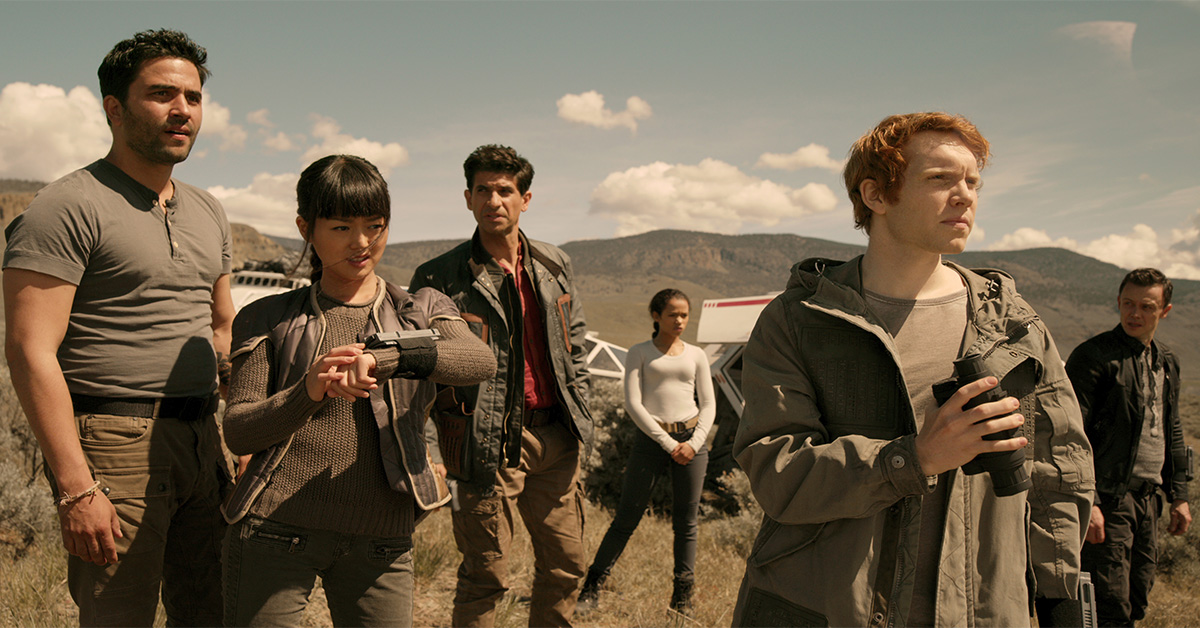 Along the way, June/Dr. Smith sabotages the colonists—including briefly taking control of the robot— before her false identity is ultimately discovered. After the colonists track down enough fuel, they escape the planet and head back to the Resolute. However, a second robot shows up to retrieve alien tech aboard Jupiter 2 and puts Will in danger—until he’s saved by his robot friend. Before the ship can dock on the Resolute, the alien engine activates and hurls the Jupiter 2 through a wormhole, leaving the Robinsons stranded in a different solar system, one that Will’s robot warned is “danger.”

What happened in Season 2?

The show picks up seven months later with the Robinsons stranded on an oceanic planet with a lethal atmosphere. After Jupiter 2 is eventually able to reconnect with the Resolute, the Robinsons learn that many of the other colonists had evacuated to a nearby planet the space station is orbiting. While there, the Robinsons uncover a startling secret: the Resolute was built from the remains of an alien ship that crashed to Earth. This ship caused the event threatening humanity, and not a meteor as viewers were initially led to believe.

An enslaved third robot called Scarecrow had been piloting the Resolute back and forth between Earth and Alpha Centauri on previous missions. Hastings, who is military leader of the space station, attempts to use the Robinsons’ robot to replace the dying Scarecrow, but is stopped by the Robinsons. 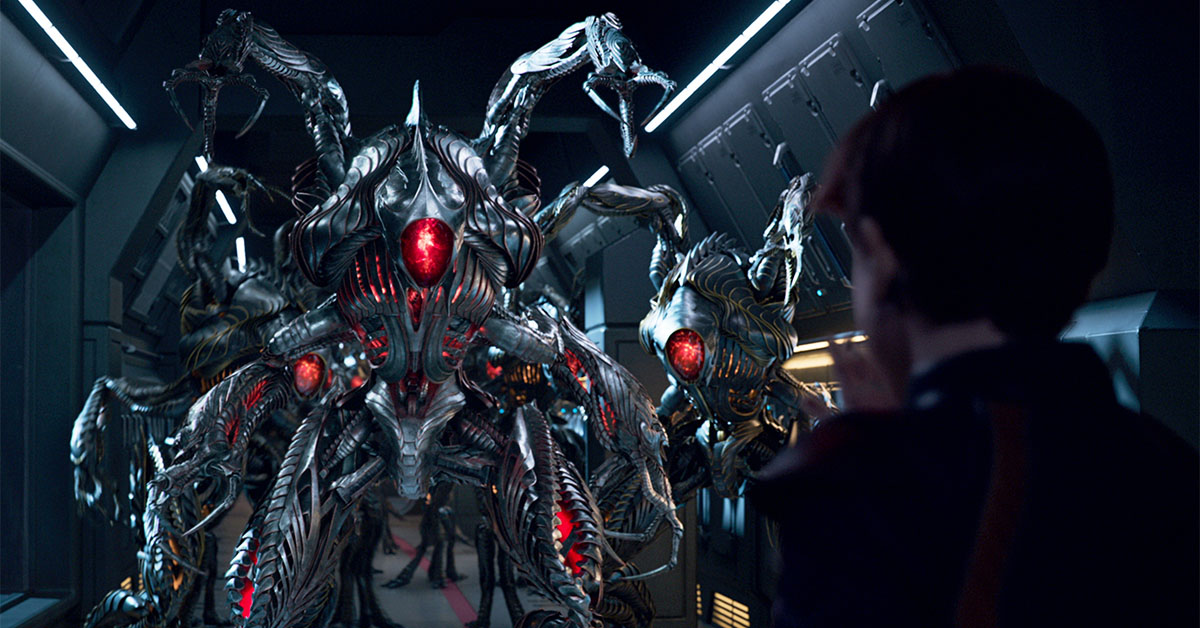 After a swarm of other robots converge on the Resolute to retrieve its alien engine, the colonists decide to have the Robinson kids lead a crew of children to safety on a smaller Jupiter-class starship, piloted by Will’s robot. Maureen and John stay behind to destroy the Resolute and the robots’ ship and give the kids more time to escape. Don later rescues Maureen and John after Jupiter 2 explodes.

The Jupiter carrying the kids ends up in an unknown star system where they spot the Fortuna, a ship that had gone missing 20 years before. It was commanded by Grant Kelly, who is Judy’s biological father and Maureen’s presumed-dead first husband.

What can we expect in Season 3?

We know that Will and the other colonists face a great danger. According to Netflix’s official synopsis: “After a year of being trapped on a mysterious planet, Judy, Penny, Will, and the Robot must lead the 97 young Colonists in a harrowing evacuation—but not before secrets are unearthed that will change their lives forever. Meanwhile, John and Maureen—with Don at their side—grapple with the emotional challenge of not just being lost—but being separated from the ones they love…as they face the greatest alien threat yet.”

Lost in SpaceNetflixwhere to stream

Lost in SpaceNetflixwhere to stream