And here’s another reason to love love love Hallmark Channel.

Knowing you’re always wanting more, the cable giant rolled out Love Ever After 2021 with a fresh batch of original movie premieres. February is all things Valentine’s Day with all-new romantic movies designed to showcase Hallmark’s signature brand of love stories.

Whether you’re all about Galentine’s Day or Valentine’s Day, you’ll find a happily-ever-after tale coming your way every Saturday in February. 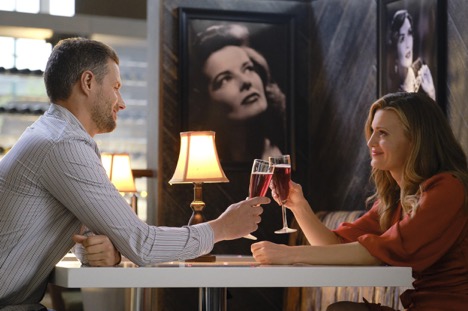 The Couple at the Heart of the Story: Molly, the small-town wedding photographer, and Cory, her former boyfriend who re-enters the picture after leaving her behind years ago.

Synopsis: When Molly’s baby sister gets engaged, Molly does everything in her power to give her a dream wedding. This involves winning a contest that takes the wedding party to a historic Beverly Hills hotel where they encounter a “planner to the stars.” Let’s just say this destination wedding may turn into disaster.

Soon Molly is questioning whether she’s actually making the bride’s dream come true. Plus, she’s dealing with Cory, the groom’s best man and her ex-boyfriend. The two haven’t seen each other in years. Cue the awkward moments and tense conversations. 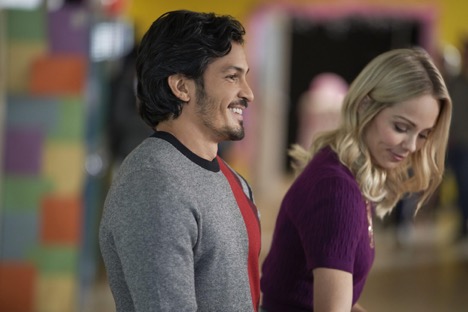 The Couple at the Heart of the Story: Kerri Fox, a popular middle-school teacher, and David, the father of one of Kerri’s students.

Skeptical (and newly single) David doesn’t understand what a 13-year-old like Clara knows about love. Meanwhile, Kerri, also newly single, has every ounce of faith in her student. As Clara gets the hang of this Cupid thing, she sees the opportunity to bring her dad and her teacher together. Can this be done? Or will the complete opposites go their separate ways?

The Cast: “Playing Cupid” is the first Hallmark project for both Laura Vandervoort (Kerri) and Nicholas Gonzalez (David), but the two are veteran actors. Vandervoort is a familiar face as Supergirl on “Smallville,” and Gonzalez recently wrapped up his role on ABC’s “The Good Doctor.” Making her acting debut as Clara is Mia Quaranta De La Rosa. 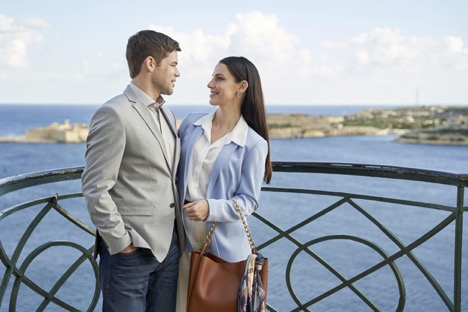 “Mix Up in the Mediterranean”

The Couple at the Heart of the Story: Josh, a small-time cook from Alaska, and Meg, an ambitious organizer of one of the most elite culinary competitions in the world.

Synopsis: Josh is a cook at his parents’ diner. His life instantly changes when he ends up pretending to be his big-city chef twin brother, Julian, in a cooking competition in Malta after Julian is injured. That’s where Josh meets Meg, who’s eager to prove herself as this is the first time she’s organizing the event. Feelings start to develop. Problem is, she thinks he’s Julian, who’s married. Ruh-roh.

The Cast: Twins Josh and Julian are both played by “Supergirl” actor Jeremy Jordan. He recently starred in a holiday movie for Hallmark Movies & Mysteries called “Holly & Ivy.” As for Jessica Lowndes, the “90210” actress is a familiar face on Hallmark Channel, having starred in movies like “Merry Matrimony” and “A December Bride.” 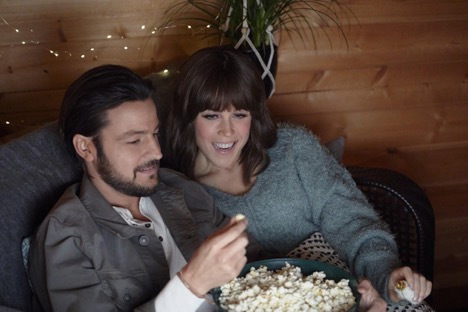 “It Was Always You”

The Couple at the Heart of the Story: The engaged Elizabeth and her fiancée’s free-spirited brother, David.

Synopsis: Elizabeth’s engagement plans are seriously threatened when a storm leaves her fiancée stuck on the other side of town. While she’s left to deal with the last-minute details of the wedding, his brother arrives and causes Elizabeth to rethink some of her life decisions. Sounds like things may get complicated for the bride to be.

The Cast: February is Erin Krakow’s month on Hallmark Channel. In addition to playing Elizabeth in this movie, she returns for the eighth season of the original series “When Calls the Heart,” which premieres on Saturday, Feb. 21. As for Tyler Hynes, he’s a familiar face to Hallmark fans. He recently made a splash with 2020’s “On the 12th Date of Christmas.” 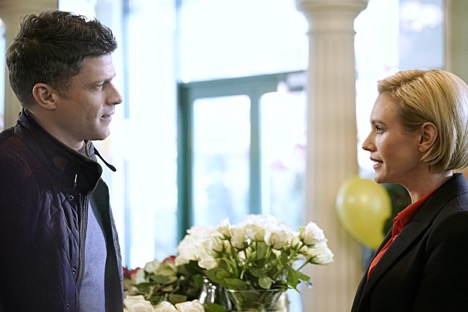 The Couple at the Heart of the Story: With its what-day-is-it “Groundhog Day” style, the story keeps you guessing about who Katherine, the workaholic executive, ends up with on Valentine’s Day.

Synopsis: After Katherine experiences the worst Valentine’s date ever, something magical happens. A fortune teller casts a spell, and the busy exec relives the romantic holiday until she finds Mr. Right.

The Cast: Nicky Whelan and Greg Vaughan are very familiar to the Hallmark audience. Whelan’s credits include “Romance at Reindeer Lodge” and “A Christmas Arrangement” on Hallmark Movies & Mysteries. Vaughan can be seen in Hallmark’s “Second Chances” with his former “Days of our Lives” co-star Alison Sweeney. Plus, he’s set to appear in the upcoming fifth season of OWN TV’s “Queen Sugar.”

Program availability may vary and air times are subject to change.